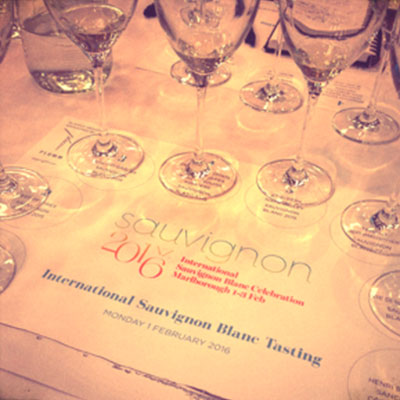 It was a satisfying feeling for the Marlborough wine community last week, as it carried out a spectacular three day celebration of the wine variety that has put New Zealand on the global stage.

The International Sauvignon Blanc Celebration took place in Marlborough from February 1-3, and was the first of its kind in this country.

Providing a magnificent opportunity for our wine industry; to host the world’s leading wine producers, experts and key influencers, who were able to shine the spotlight on this diverse, expressive and sought-after variety.

It involved a showcase of speakers from winemaking, Masters of Wine, business and trade, media, consultancy backgrounds, and many more aspects of business and marketing that are directly or indirectly involved with the world of wine.

The experts within the world of science, research, journalism and gastronomy were certainly not forgotten either.

More than 200 samples of Sauvignon Blanc from around the world, highlighting both its complexity and elegance, was on show to taste over all three days, combined with chat about the emerging styles, vineyard practices, and winemaking influences.

This celebration looked at Sauvignon Blanc’s past, current, and future paths, and what makes it so distinctive, both here in Marlborough and around the world.

“It was great to see the evolving styles of Sauvignon Blanc, that were both interesting styles and a pleasure to drink,” she said.

Penny Jones, winemaker for Bay of Fires in Tasmania who presented a speech on the first day of the celebration, said her highlights involved the marketing presentations on the final day, and Robert Joseph’s presentation on the first day. Mr Joseph helped to launch Meininger's Wine Business International, of which he is still editor at large, and started the International Wine Challenge, which became the biggest wine competition in the world.

And besides the parties which “were all fabulous” and the “salmon blinis on day one at the Garden Party which were the bomb,” Penny said the international networking and wine tasting opportunities were great.

“I loved the older Savvys and the funky ones,” she said.

Also sitting on the couch with the international crew was the closest I'll ever get to being on the Graham Norton show!!!!  Penny Jones.

Andrew Barr, senior brand manager for Hancocks Wine Spirit and Beer Merchants, said his highlight, aside from the fantastic food, events and atmosphere, was the major learning experience he gained from the ‘Wine and Flavors session’ with its business owner Alexandre Schmitt, who has been training winemakers on olfactory perception for 15 years. (According to Thefreedictionnary.com, olfactory perception is; ‘the sensation that results when olfactory receptors in the nose are stimulated by particular chemicals in gaseous form.’) Michael Hutcheson, (founder and co-founder of a number of companies in New Zealand including leading advertising agencies, Colenso, and Hutcheson, Knowles Marinkovich (HKM) ) carried out a closing presentation that was another standout moment for Andrew.

“Wow, this celebration was a special treat that will linger long,” said Andrew.